After the end of the Second World War, many companies in the Italian aircraft manufacturing industry had to reorient themselves in order to survive. This was also the case for the aircraft factory Aermacchi (Aeronautica Macchi) with its headquarters in Varese, Lombardy, directly on Lake Maggiore.
Already established in the aircraft production for high quality in the upper performance sector, the first two-wheelers produced from 1951 were also immediately convincing with high-quality originality and quickly found buyers and fans.

As the highlight of these models in the early years, the "Ala d`Oro" made a significant name for itself internationally from 1960 onwards, a motorbike that led to a partnership of a special kind in the very year of its release: a cooperation between Aermacchi and the famous US company Harley Davidson.
From now on, a whole series of motorbikes with 250 and 350 cc were produced in the Varese factory for the American market. The name now also carried the brand name of the US company - Harley Davidson Aermacchi!

Our model - the Sprint - was marketed from 1961 with a 250 cc four-stroke engine as a result of this cooperation. Although clearly different from the traditional Harley products of the time, the Sprint was very popular with buyers.
By 1966, only the styling had modernised somewhat and both street and on/off-road scrambler models were now offered. Modified versions competed quite successfully in national and international competitions in the 1960s.

The last great creation of the Aermacchi company bore the signature of William Soncini. The machine was equipped with a two-cylinder, two-stroke racing engine with a displacement of 248 cc and carried the Harley Davidson name on the international race tracks.
This 250cc model of the Sprint was later developed into a 350cc road version from 1969 onwards, which was quite a match for the best machines in its class.
The Scrambler version did not receive the larger engine until 1972.

Both models disappeared after 1974 and were replaced by two-stroke machines, which were also built by Aermacchi. 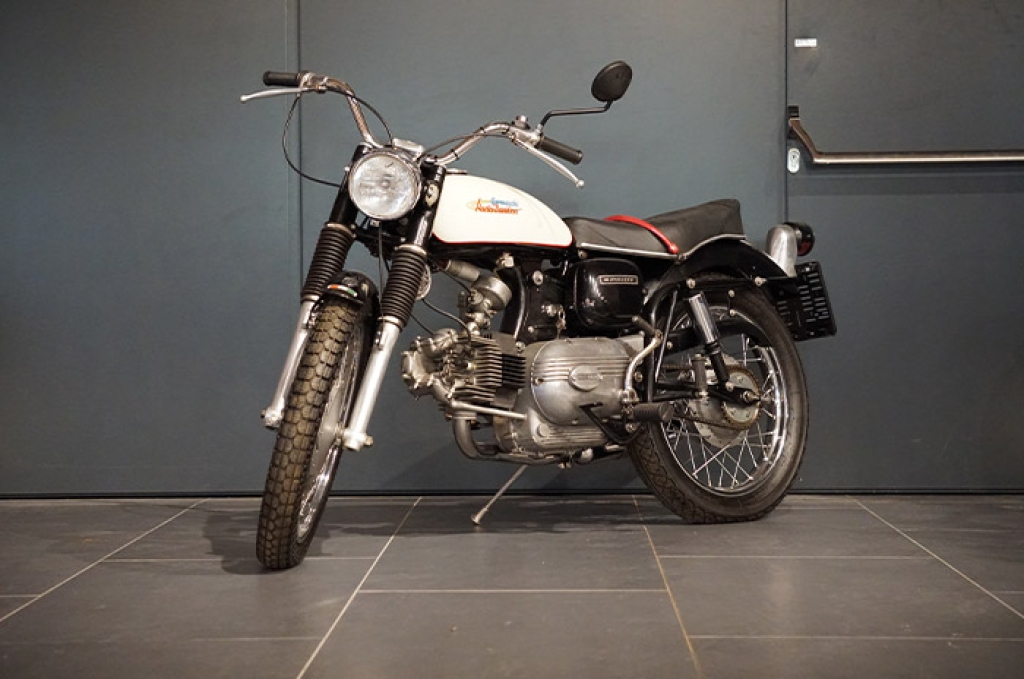 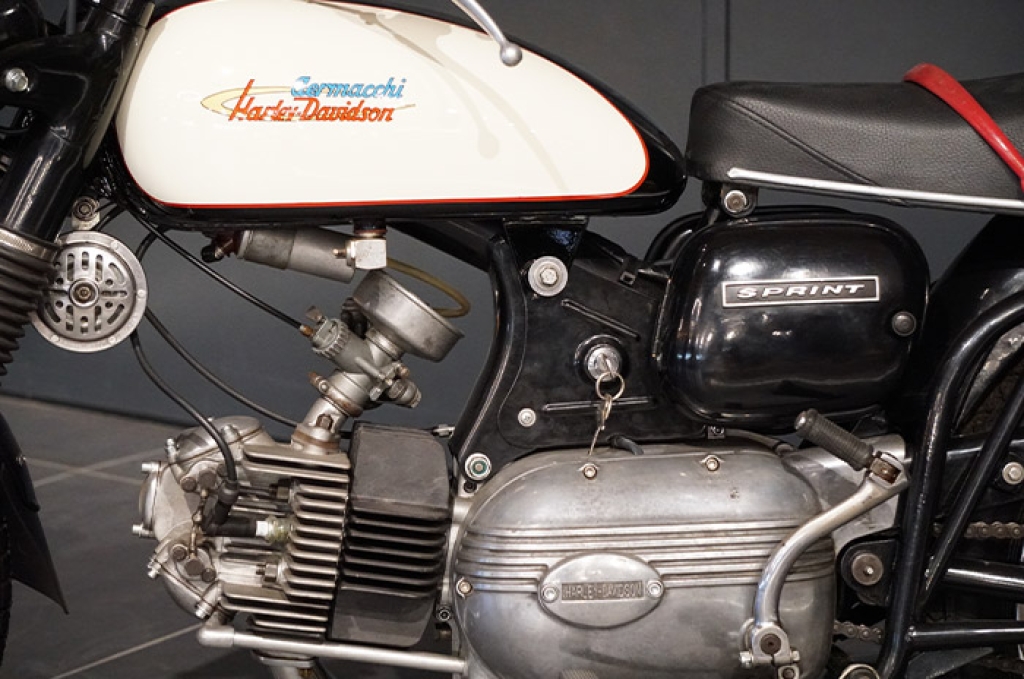 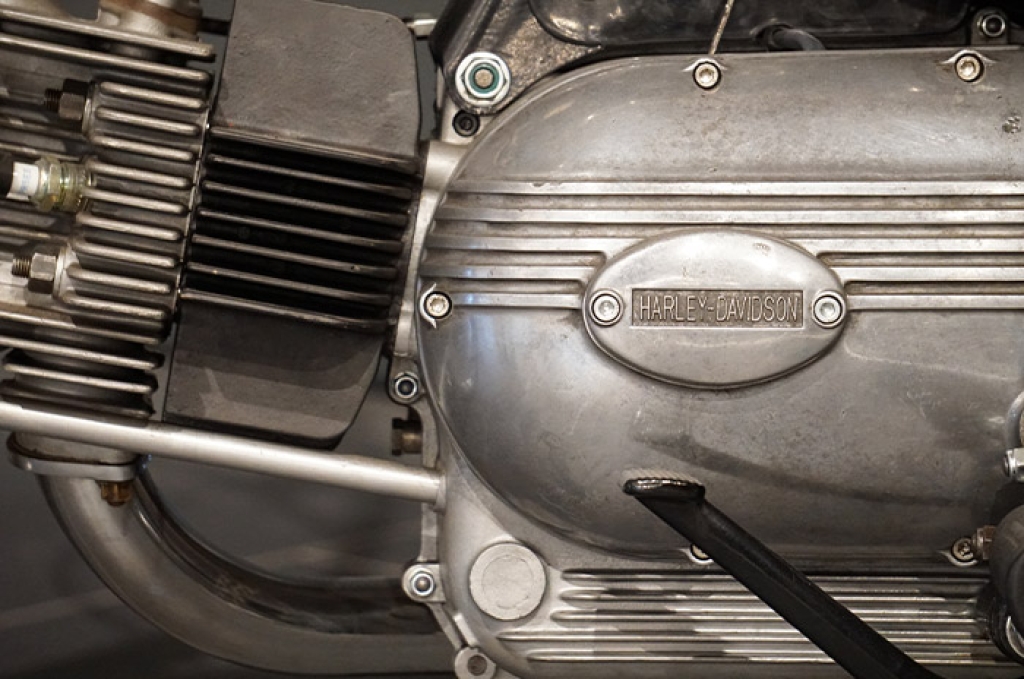 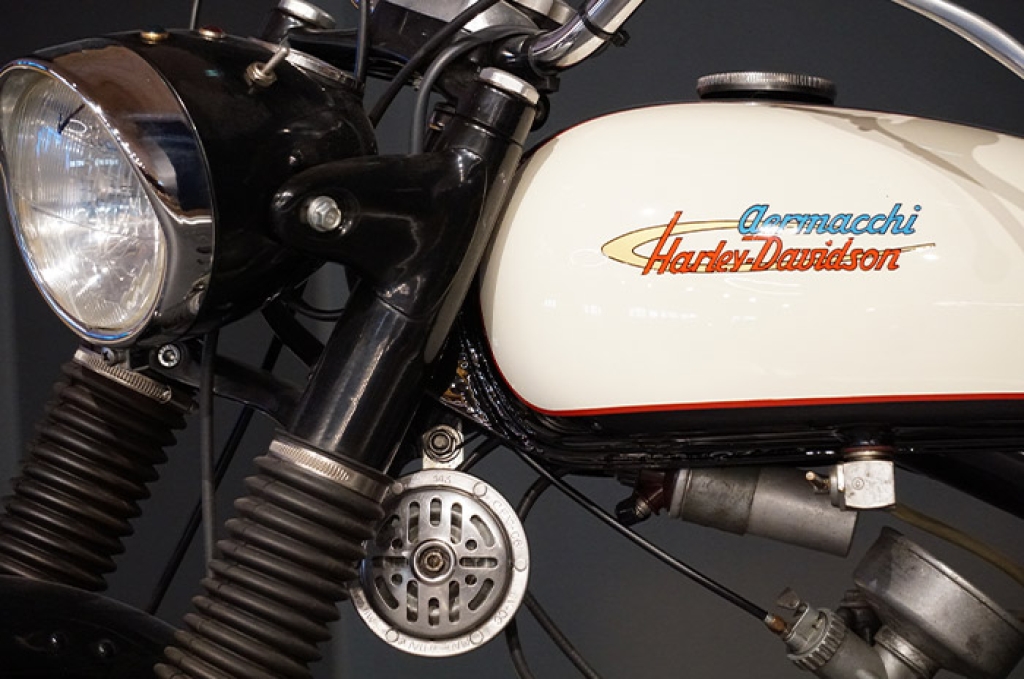 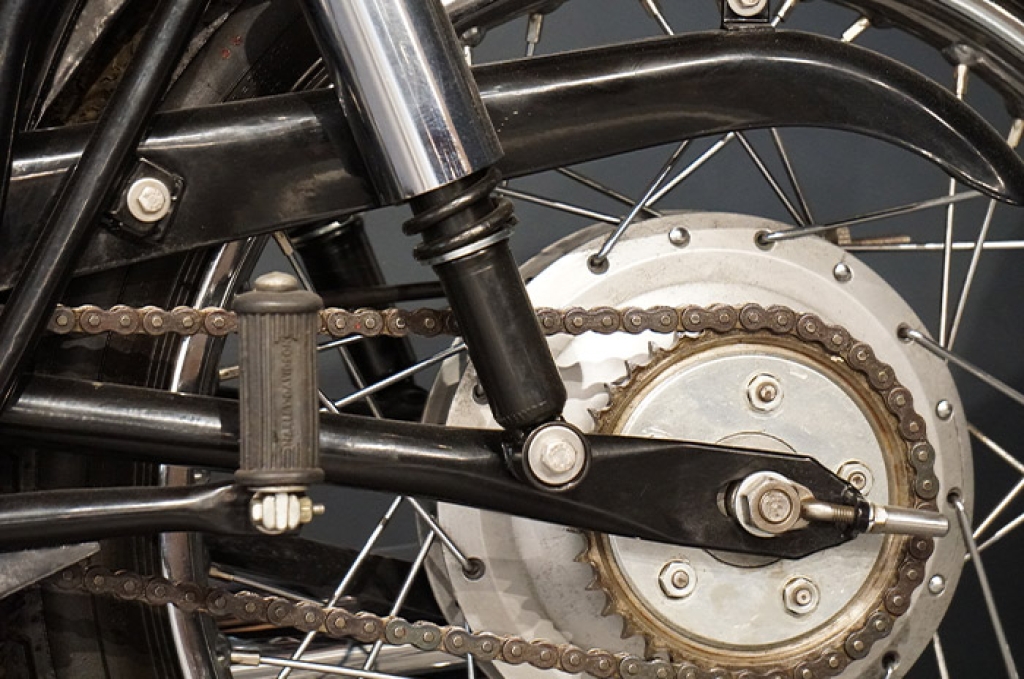 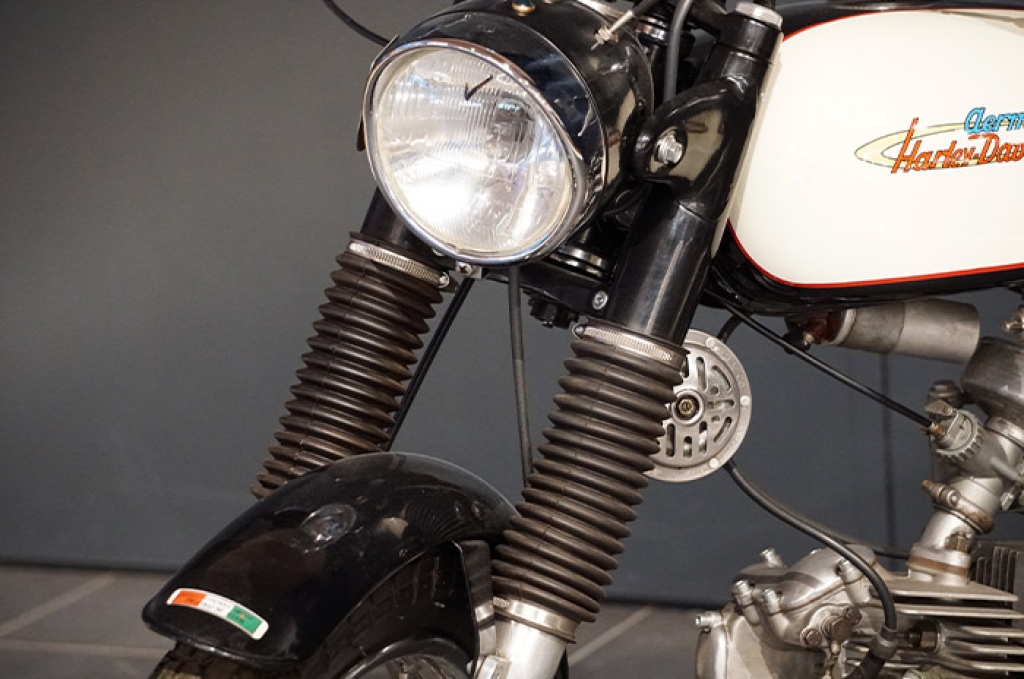 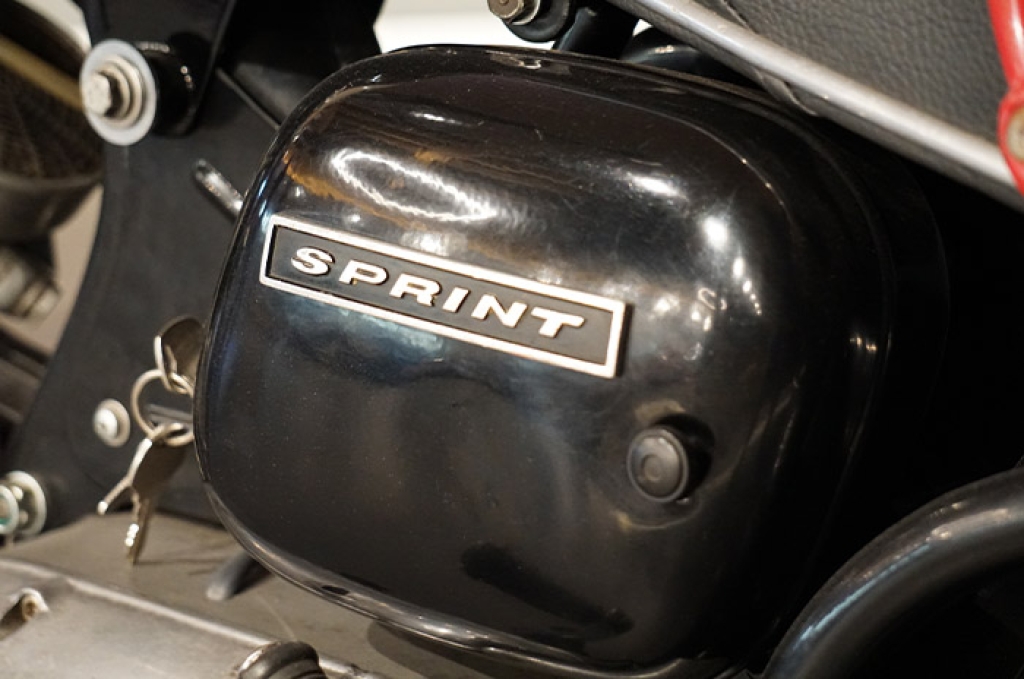 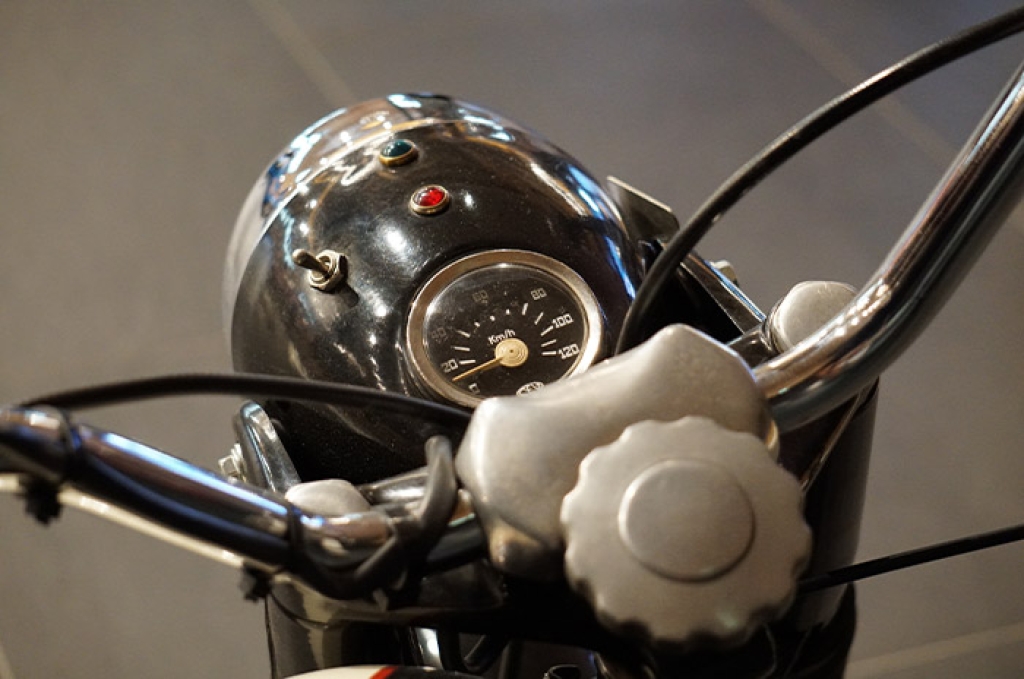 Bike of the month

Every month we present a special motorbike from our museum. Here you will find all the previous bikes of the month, enjoy browsing!

Here you can warm up for your visit to the highest motorbike museum in Europe. The motorcycles shown here are only a very small selection of the current exhibition - we don't want to take all the anticipation away from you ;)

You can find more information on the individual exhibition areas here ... 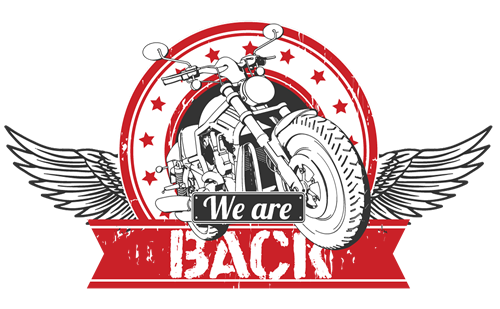